In a recent editorial, the board of The Wilson Times discussed Elliot's research on North Carolina's public records laws: As open government advocates, there are many changes to the public records law we’d like to make that would draw opposition from the city, county and state government lobbies. Making police body camera videos public and disclosing more information about employee disciplinary actions, for starters. Engstrom’s rewrites, though, are largely technical correcti
5 views0 comments 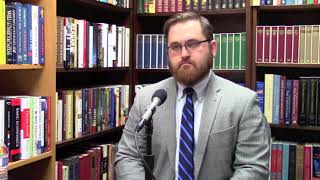 During a recent visit to the John Locke Foundation, Elliot sat down with Mitch Kokai of the Carolina Journal Radio Program to talk about some problems and solutions in North Carolina's public records law. Check out the video below: #JohnLockeFoundation #CarolinaJournal #PublicRecords
10 views0 comments

Next year, Engstrom's latest article on freedom of information laws will be published in the North Carolina Law Review, a publication of the UNC-Chapel Hill School of Law. The article, entitled "Defining North Carolina's Public Records and Open Meetings Fee-Shifting Provisions in the Larger National Context," will use freedom of information laws from other jurisdictions to provide definition to and predict the future of North Carolina's public records and open meetings fee-sh
7 views0 comments

Engstrom files on behalf of SPLC at Court of Appeals

This week, Engstrom filed a brief and supporting motion on behalf of the Student Press Law Center ("SPLC") at the North Carolina Court of Appeals. In the brief, Engstrom and SPLC argue that the Federal Educational Rights and Privacy Act (FERPA) does not preclude the University of North Carolina from disclosing records of sexual assault investigations in response to a public records request. SPLC has more: The case originated with an October 2016 open-records request by the in
26 views0 comments 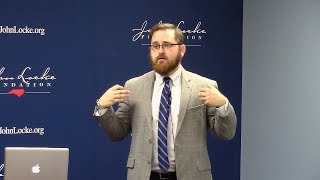 North Carolina law sets forth a broad policy generally requiring that "the hearings, deliberations, and actions of [public] bodies be conducted openly." In pursuance of making this broad policy a reality, the General Assembly has enacted the "Open Meetings Law." Below are a few points explaining what this law is and how it works: (1) The Open Meetings Law requires that public bodies conduct public business openly.​ Official meetings of public bodies must be open to the public
25 views0 comments

Engstrom Speaks On Camera with TWC News About Belmont Litigation

Earlier today, Principal Attorney Elliot Engstrom spoke on camera with Kristin Garriss of Time Warner Cable News about public records litigation involving the city of Belmont, North Carolina: Last summer, Ellen Deitz Tucker and Dan Deitz filed a public records request for the report. Their attorney says the family had concerns about the department's integrity after their sister's death during a 2012 Belmont police chase. "Well the city of Belmont told us it was completely con
6 views0 comments

This evening, Principal Attorney Elliot spoke with Christian Flores of WBTV about this week's partial release of an investigation into the Belmont Police Department: This week, a judge ruled 22 pages of the 160-page 2014 investigation is public record. The push to make the report public started when the family of Donna Deitz sued the city of Belmont. In 2012, Deitz was killed when she was hit by a car being chased by Belmont police. After this, her family decided to look into
4 views0 comments

Ellen Deitz Tucker and Dan Deitz, plaintiffs in the matter of Deitz v. Belmont, have published the portions of an investigative report into the Belmont Police Department that they received pursuant to court order earlier this month. The decision to publish the records comes after the siblings' decision not to appeal an order disclosing some, but not all, of a report detailing misconduct that led to the termination of the city's former police chief. The public portions of the
28 views0 comments

Judge Carla Archie of the 26th Judicial District has ordered the City of Belmont, North Carolina to produce portions of an investigative report into its police department. The order is the result of a lawsuit launched in August of 2015 with the support of the Raleigh-based Civitas Institute. Barring an appeal by the City, the portions will be produced within ten days of the filing of Judge Archie's order. In the spring of 2015, the Huntersville-based U.S. Investigative Servic
1 view0 comments

Update: On July 11, Gov. McCrory signed HB 972 into law. On June 30, the North Carolina General Assembly ratified House Bill 972, a new law dealing with police body cameras. Specifically, HB 972 deals with whether and how the videos from these cameras are made public. The law was passed as an exception to North Carolina's public records law, which generally provides that documents "made or received" by government agencies are subject to public disclosure. While complicated, t
55 views0 comments

On June 21, Judge Carla Archie of the 26th Judicial District ruled that the plaintiffs in Deitz v. City of Belmont may seek records from the city, as they have standing to bring and have properly stated their claims under North Carolina's Public Records Act. The plaintiffs in Deitz are seeking access to an investigative report into the Belmont Police Department compiled by the U.S. Investigative Services Agency, a private company based in Huntersville. The city argues that th
3 views0 comments 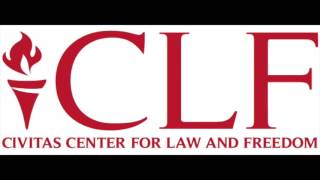 Engstrom Explains the Intersection of HB2 and Public Records

Last week, I joined Mark Shiver on “What Matters in North Carolina” to discuss a recent public records request submitted by the Charlotte Business Journal to Rep. Dan Bishop. The business journal requested emails relating to Rep. Bishop’s involvement with HB2, and the representative’s office took the position that at least some of the emails were not public records. I joined Mark to give the legal background of how and why this conflict is playing out, and what is likely to u
1 view0 comments

A Peak Behind the Veil of Public Interest Law

In a recent piece for the Civitas Institute, I give a behind the scenes look at how competing public interest groups operate in action: A recent episode in Moore County shows how public interest lawyers can drive policy — on both the Left and the Right. Simply by writing a threatening letter, the Freedom From Religion Foundation sparked a chain of events that nearly culminated in two separate federal lawsuits. Luckily, the administration and legal counsel of Moore County Scho
5 views0 comments